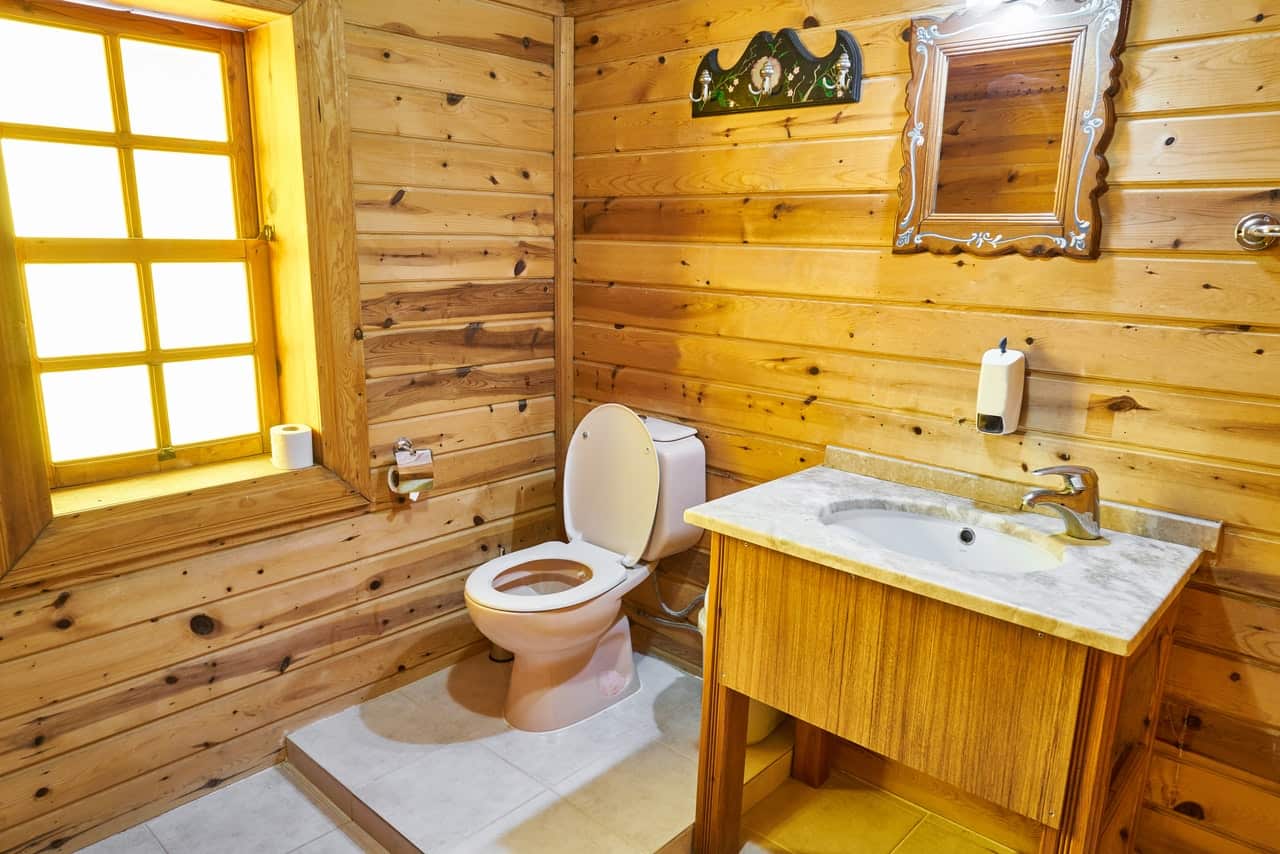 A clogged or blocked toilet is one of the most common things that can go wrong in a household or business bathroom. Statistics reveal that more than 80% of Americans say a clogged toilet has a direct impact on what they would think of a business when crossing the threshold of its bathrooms.

Nobody likes a clogged toilet.

Backed up toilets are inconvenient, and exposes the entire household to harmful bacteria. When flushed, backed up toilets can backfire and send water all over the floor.

Unfortunately, most people don’t know how to correctly plunge a toilet. There are several ways to break through a stubborn blockage in your toilet, but if it’s done improperly you can worsen the problem – or create a much larger mess.

Have a toilet emergency and need to figure out how to unclog a toilet with a plunger? Have you already tried a plunger without success and have to resort to alternative methods to get the blockage out of the way?

The good news is that there are several ways to approach clogged toilet repair if you have a sudden blockage and a backed up toilet. The easiest clogged toilet fix is usually to use a plunger, but that also might not always work if the blockage is larger or compressed.

We’ll show you several of the best ways to unclog a stopped toilet, including how to use a plunger and a few other methods for if the plunger doesn’t work to unclog the toilet the first time.

Toilet snakes, chemicals and what we’ll call The Full Fix are three alternatives to fixing your clogged toilet if a plunger didn’t work.

How to unclog a toilet isn’t the most complicated thing in the world, but many people have never had to do it before – or they just don’t know how.

This article is about to show you everything you need to know about unclogging a blocked toilet, including the various ways to do it. Before we get to that, let’s go over some of the other most important things you should know first – such as what causes a blocked toilet and how to test the flush first.

A first test-flush can tell you everything you need to know about the type of blockage, and where in the pipe it might be located.

There can be several reasons for a clogged toilet, stopped toilet or toilet water that won’t go down the way it’s supposed to.

Backed up toilets happen when there is an obstruction or blockage at the bottom of the toilet, or further down into the toilet pipe.

The cause of a clogged toilet is usually flushing objects that aren’t meant to go down a toilet pipe (everything from crayons to sanitary products), but it can also happen due to compacted waste. Both of these are a potential health risk.

You will notice the first signs of a clogged toilet when the water goes murky, or when water backs up through the toilet bowl. Attempts to flush a clogged toilet can make water back up to the rim, though there is a risk for overflow with some blockages.

Never leave a clogged toilet: it’s the type of problem that you’ll want to fix the moment you’ve noticed it. Clogged toilets are more than just an inconvenience in your day, but they can be a serious health risk that exposes an entire household to bacteria.

What You’re Going to Need to Unclog a Toilet

Clogged toilet repair usually doesn’t need an entire toolbox worth of stuff to get started with, but you’re still going to need a few things. A backed up toilet can be fixed in less than 20 minutes if the blockage isn’t all the way down.

If you want to remove the obstruction from the toilet pipe, there are two easy ways to do it:

Choose a heavy-duty plunger with a solid handle, and a flange at the base to ensure it can seal properly around the toilet pipe. Without a proper seal, you can’t properly force air down into the toilet pipe – or it can create a backwards vacuum, and send toilet water spraying straight up towards you instead.

If you’re using the toilet snake method to unclog your toilet instead, toilet snakes can cost more or less the same as a plunger – but toilet snakes are made for pushing an obstruction through, usually when a plunger didn’t do the job the first time.

It doesn’t stop there.

If you plan to unclog a toilet with a plunger, toilet snake or cleaning chemicals, you’re also going to require rubber gloves and nontoxic cleaning chemicals. While most guides on how to unclog your toilet won’t tell you this, toilet repair can be a dirty – and dangerous – job without the proper hygiene protection.

Once you’ve managed to unclog your toilet, it’s a good idea to clean the immediate environment to make sure there’s no bacteria to spread around the rest of your house.

The first (and best) clogged toilet fix is to fix a clogged toilet with a plunger. Plungers are available at most general stores, though make sure you get a heavy-duty plunger with a flange attached to the rubbery end – this guarantees a proper seal around the pipe’s base.

How to unclog a toilet with a plunger:

Plungers are easy to use, though there are many wrong ways to do it – and if you push the plunger down the pipe too hard, it’s just going to lead to a huge splash all over your bathroom floor and no removal of the blockage causing the problem.

Angle the plunger into the toilet bowl with both lids up. The goal is to create a seal where the bowl meets the pipe, at the toilet’s base where the blockage is most likely.

Then, plunge the toilet, or push the handle of the plunger down firmly, though not hard enough to cause water to splash. Sometimes, a continual motion is necessary, much like you would imagine chest compression during CPR.

If this is successful, the blockage usually gets forced down the toilet pipe – and you’ll have free flowing water back into the toilet bowl again.

If this didn’t work, you might have to resort to the toilet snake method.

If the plunger is not unclogging the toilet, the next method you can try is to use a toilet snake. Toilet snakes look almost like an old-fashioned pipe cleaner, and that’s more or less what they do – except they are meant to “snake” down into curved toilet pipes to remove blockages that plungers cannot.

Toilet snakes are cheap, and you can expect to pick one up from most places you can buy a plunger for about $20 to $30.

How do you use a toilet snake to unclog a toilet drain line?

It works a lot like the plunger, except there’s not as much force involved. Push the toilet snake through the bowl and into the pipe, where you should usually be able to feel the blockage in the pipe – and be able to push it all the way through.

If this method is successful, you should be able to feel exactly when the blockage releases and be able to flush the toilet as you normally would.

Plunger not unclogging the toilet, and didn’t manage to remove the blockage with the toilet snake either? There’s another method you can try if you have a stubborn toilet blockage that doesn’t respond to the other two ways of unclogging a blocked toilet.

Although there are specific chemicals you can buy to help you unclog a toilet blockage, many people prefer to use natural methods over abrasive chemicals that could be harmful (especially when the fumes are inhaled in a small space like your bathroom).

Vinegar and baking soda are two great, common natural whitening agents that have a few other uses around the house. Unclogging certain types of toilet blockages is one of them.

First, you’ll want to pour some vinegar down your toilet bowl. Most size toilets will require no more than about a cup of vinegar for this to work.

Next, pour about half a cup of baking soda down the toilet and leave it for 20 minutes before attempting a plunge or flush. Sometimes, this will only reduce the blockage and not remove it completely, but makes it easier for a plunger or toilet snake to work the second time you try it.

Always remember that vinegar and baking soda will fizz upwards. Do not use too much, or you’re going to create a messy toilet volcano in your bathroom.

Soda, usually any kind that contains a mixture of bubbles and citric acid, can also do the job of vinegar and baking soda – but doesn’t have the associated risk of bubbling over as much as the baking soda-vinegar combination.

If the blockage in your toilet is something that can be dissolved before it gets pushed through by a plunger, just throw approximately one bottle of fizzy soda directly down the bowl and leave it for about 20 minutes.

Acids in the soda can strip dirt off coins for a great party trick, but they can also help to dissolve a stubborn toilet blockage in a few minutes. Follow up with a plunger or toilet snake, or flush if the obstruction has been removed already.

There are worse causes of toilet blockages. Rarely, plungers, toilet snakes and chemicals combined can’t get rid of the problem – and this will require a more comprehensive fix.

If the toilet has been blocked up badly or deeply enough and a plunger doesn’t do the job, you might have to bring up the entire toilet (that is, remove it from the floor and clean out the pipe attached to the toilet manually.

This takes a lot more work, and requires you to turn the water faucets off and remove the tiles and grouting from the toilet base. After cleaning up, you will be looking at a basic re-tile job.

This is more advanced than just using a plunger or combination of vinegar and baking soda to unclog a blocked toilet. Usually, this is where people follow the next recommended method on this list and call a professional plumber.

Conclusion: Should I Call a Professional Plumber?

There are some types of blockages that are just too much for a single person to handle – or for a plunger to plunge away. If you have tried all of the methods on this list already without success, it could be time to call in the services of a professional plumber.

Professional plumbers can unclog a toilet with one thing that most people don’t have: experience.

No matter what might be the cause of the blockage, professional plumbers can get the job done in less time than most people – especially if a plunger or toilet snake didn’t work.

Should I call a professional plumber?

If you have reached the end of this article and your toilet is still blocked, you should probably call a plumber.